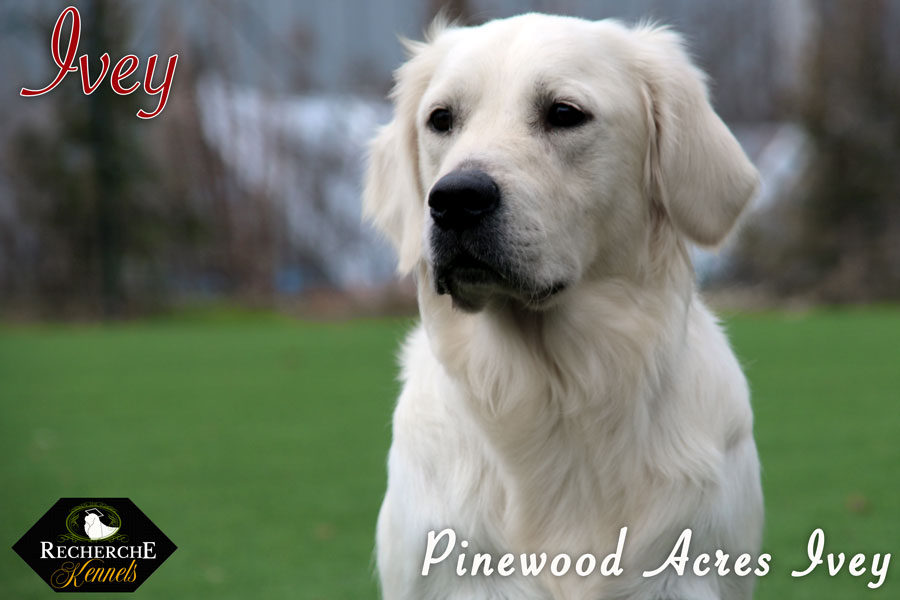 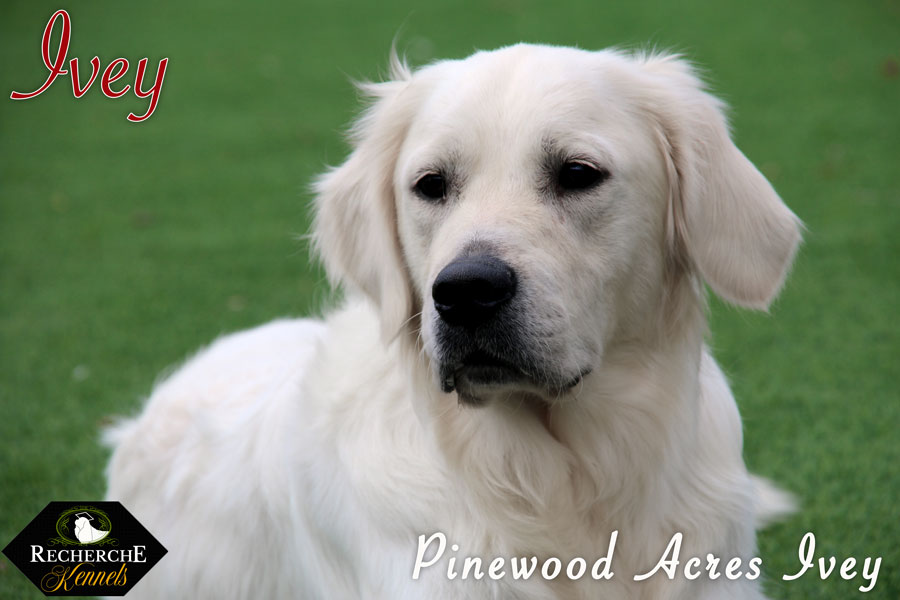 Ivey is one of the newest members to the Recherche family. She is one of the few Goldens that were produced using our incredible stud dog International Champion Amos. Her father is the best stud dog Recherche Goldens has ever owned. He is beautiful, healthy, loving and intelligent. Rose’s mother, Zina, was imported in from Russia with one of the best pedigrees in the world. Zina’s grandfather is 2009 & 2011 World Champion Dewmist Silk Screen. Amos’s grandfather is 2006 World Champion Moondust Masterpiece so Ivey has one of the best and healthiest pedigrees in the world.

Ivey’s personality is much like her sister Rose. She’s very calm, laid back and mature. She looks almost identical to her beautiful sister. She’s solid white (not cream) with a big blocky head. She acts much older than her age, and always has. She’s not high energy or hyper. She’s extremely well behaved and has hardly given us any trouble at all. She’s not a digger, chewer or barker. She’s loving and gentle and has hardly ever done anything wrong. She’s a near perfect behaved English Golden. She’s an average to above average size female weighing in right at 65 lbs.

Ivey scores in the top 20% of Golden Retrievers with BVA 6:9 (OFA equivalent “Good”) score. She also scored a perfect score with her elbows, eyes and heart clearances.

If you study Ivey’s pedigree you will see that he has World Champions, several International Champions & European Champions in her lineage. She also has several Irish, English, Croatian, Serbian, Polish, Slovakian, English, Dutch, German and many more country champions in her close pedigree!

You may click on any of the names in Ivey’s Pedigree to see his/her official K9 pedigree. You can also see most of their official hip and eye scores. Click HERE to see her official k9 pedigree.