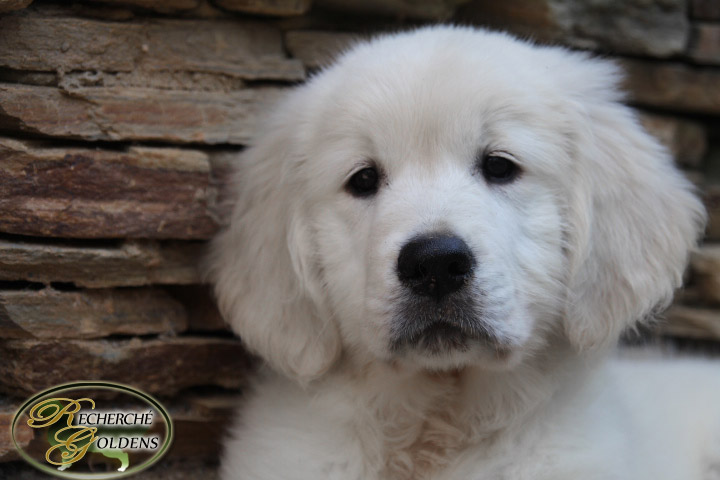 Here at Recherche Goldens, we sell almost every one of our pups with a spay/neuter contract because we simply do not have the time or energy to fully vet potential breeders. We have decided to only sell full registration to established English Golden Retriever breeders that have a solid history of breeding ethically. Because of our rules in this area, we are quite often asked the question; “when should I spay or neuter my English Golden Retriever puppy?”

The Controversy Over Spay And Neuter Timing 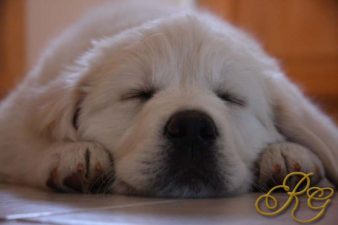 We have personally worked with over 20 veterinarians in several different states, and through our clients we have worked with hundreds of veterinarians in almost every state and several countries. There is one consistent truth we have learned: there is no black and white answer.

It seems that the more research I do, the more confused I become. Some veterinarians believe that there are many health problems associated with neutering/spaying too early, while many other veterinarians believe just the opposite. It is VERY controversial. The biggest problem I run into is that most veterinarians are very strong on their stance and unwavering in their opinion.

What I am writing below is my OPINION based on years of research. I don’t believe that I am infallible and incapable of being wrong…as many medical practitioners do. Because of this, I put a lot of freedom in our warranty. I allow for a pup to be up to 2 1/2 years old before being spayed or neutered. It’s not that I think you should wait that long, but just in case you are strongly opposed to doing it earlier, I do leave that judgment call to my clients.

The reason for this is that studies have shown that females who are spayed prior to a heat have almost little to no chance of many types of reproductive cancers. For example, breast cancer (Mammary neoplasia) is very common in female Golden Retrievers. In fact, it is the most common tumor type in female dogs. Female dogs that are spayed prior to going into their first heat have a 0.5% chance of getting mammary neoplasia. Female dogs that are spayed after going through one heat have an 8% chance, and females getting spayed after going through 2 heat cycles have a 26% chance of having tumors sometime in their life (Click here for 1 out of many studies).

These are astounding FACTS. Because of this I HIGHLY recommend spaying a female before they go into their first heat. Female English Golden Retrievers typically go into their first heat between 8-14 months old. Our average English Golden Retriever goes into heat closer to 10-12 months of age. Our recommendation is to have a female spayed between 7-8 months of age.

When To Neuter A Male English Golden Retriever

I am personally much more unsure and therefore flexible about when to neuter a male. I’ve read that it is good to neuter them around the same time as a female to keep them from becoming dominant. I’ve also read that you should wait until they mature fully or they will have behavior or health problems after neutering them. Because of this extreme controversy, I really don’t have a strong opinion either way.

If it were me, I would probably neuter him somewhere in the middle… around 1 – 1 1/2 years of age. The main danger in waiting until your male is fully grown to neuter him is that he may be prone to “find a soul mate.” Whenever a female goes into heat here, our wonderful, sweet, obedient and loving boys become…obsessed and even seemingly possessed. They are not themselves. They will do whatever they can do to get to the female, even if that means breaking out of their enclosure.

If there is an intact female anywhere near where you live and she goes into full estrus, then beware because your male will do whatever he can to get to her. That could obviously be very dangerous, because he could get run over, stolen or produce a litter of pups.

To Wrap it Up

Find a seasoned veterinarian that has years of experience with spaying/neutering. Again, our warranty does require both boys and girls to be spayed/neutered by 2 1/2 years of age, so don’t put it off.

Many owners worry about recovery time and try to wait until the “right time”, which can lead to waiting TOO long. But most clients are actually quite surprised at how fast their dog recovers from the surgery. Every dog we have had spayed and neutered has had to be crated and wear the “collar of shame” to keep them from ripping their stitches out, but it is generally very short term. I am always amazed by how tough Golden Retrievers are.  Usually they recover in a few short days. Don’t delay…get it done!