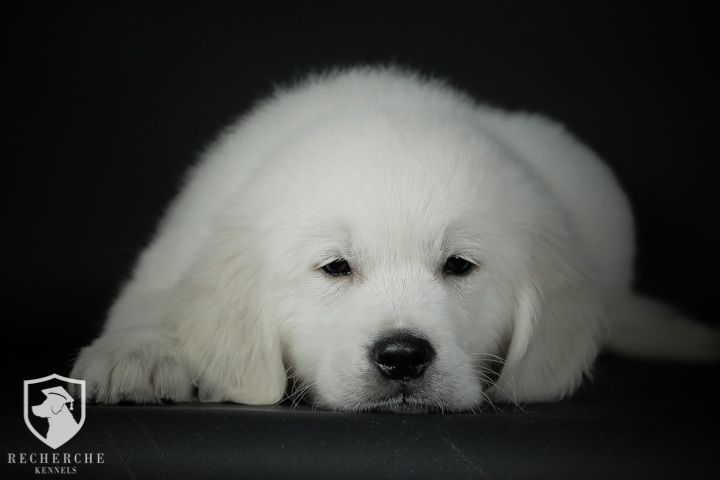 Below is a video of us going through the most common reasons for diarrhea:

The one issue with Goldens is that they do have very sensitive stomachs. So many things can cause diarrhea, loss of appetite, vomiting, etc… We are always struggling to figure out what is causing what for each puppy. You definitely want to and need to stay on top of it. It can get bad very quick especially if he doesn’t eat or drink and/or vomits. The most common causes recently are:

Getting Rid of Diarrhea

Here are our suggestions:

Watery diarrhea combined with vomiting could be serious. If your pup is extremely lethargic then you need to get water and energy in your pup right away. We recommend giving Dyne High Calorie Solution or Nutra-Gel as an energy supplement if your pups getting dehydrated or hypoglycemic. Take them to the vet. Pups under 6 months of age are susceptible to quick death. The younger the more dangerous. 6-10 week of age is the most dangerous period. Then it’s 10-16 weeks. After 16 weeks its very rare that the pups are in danger of death but any pups under that age, be very, very watchful! We have lost dozens of pups due to this even under veterinarian care.