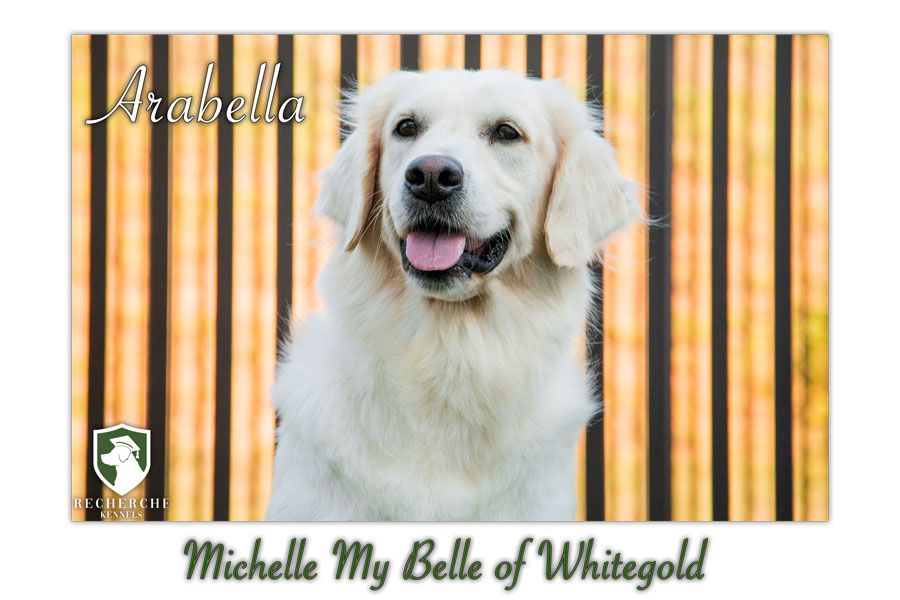 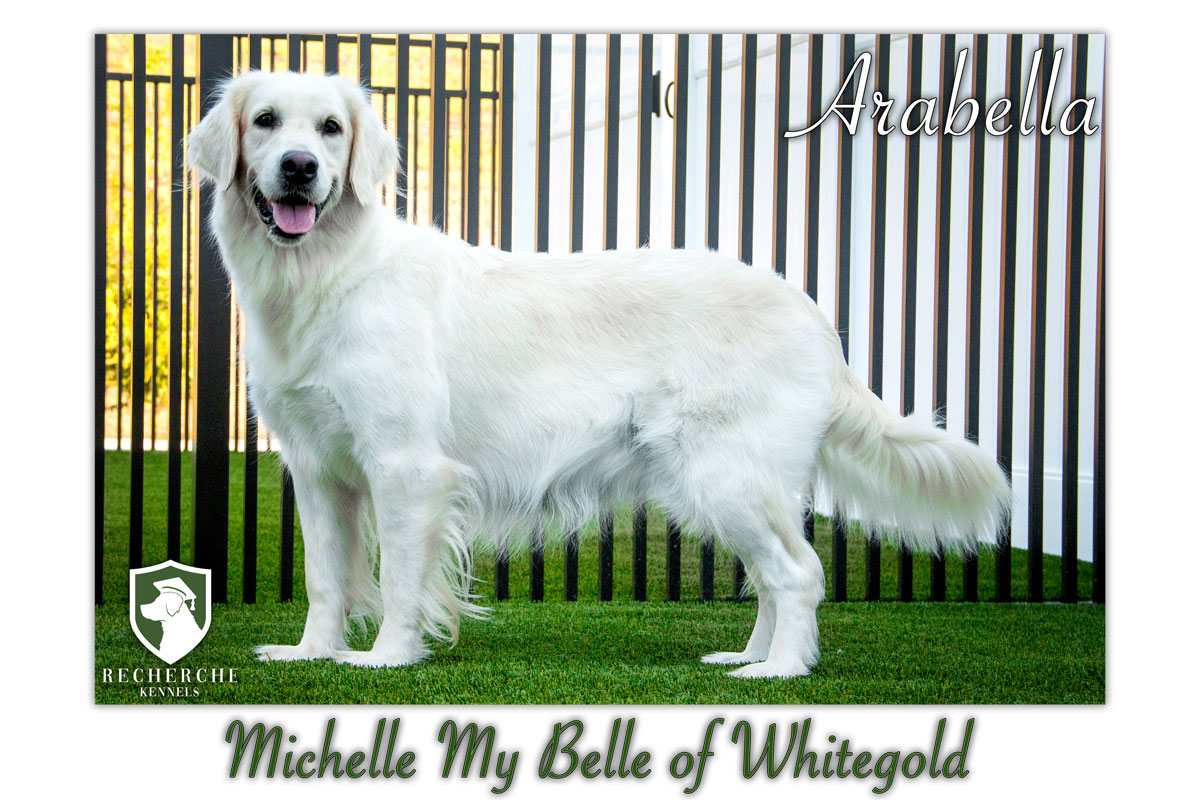 Arabella is one of our incredible dogs we kept. She is the daughter of our Camry and International Champion Dutch. Dutch is the highest pedigreed stud dog we use. He’s an International Champion and the son of the winningest Golden in a decade…2 time world champion Dewmist Silk Screen. Both parents were imported by some of the best breeders in Europe. We picked Arabella as the pick of her litter. Arabella was chosen because of her beautiful blocky head, calm and sensitive personality and intelligence. She is an absolute sweetheart. In addition to her incredible looks she scored in the top 20% of Goldens with her health clearances (hips, elbows, eyes and heart).

Arabella’s pedigree is very good, most likely contributing to her immense beauty. Her mother again is our Camry & her father is International Champion Dutch. Between both parents you will see World Champions, several International Champions & European Champions. She also has several Dutch, German, Finnish, English, Irish, Luxembourgian, Hungarian, & Slovakian champions in her pedigree! To view her official pedigree just visit Camry and Dutch’s pages. You could also see her pedigree on K9 Data HERE.