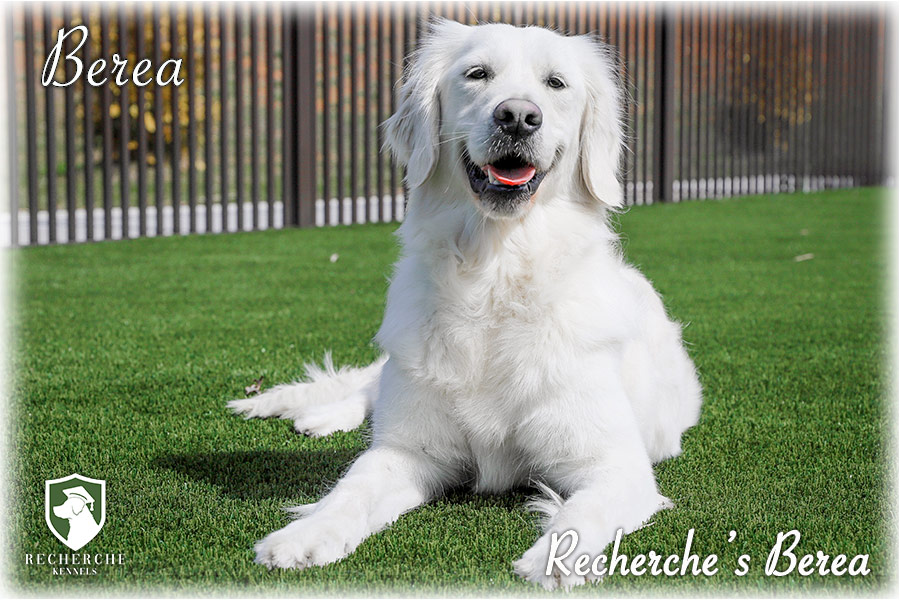 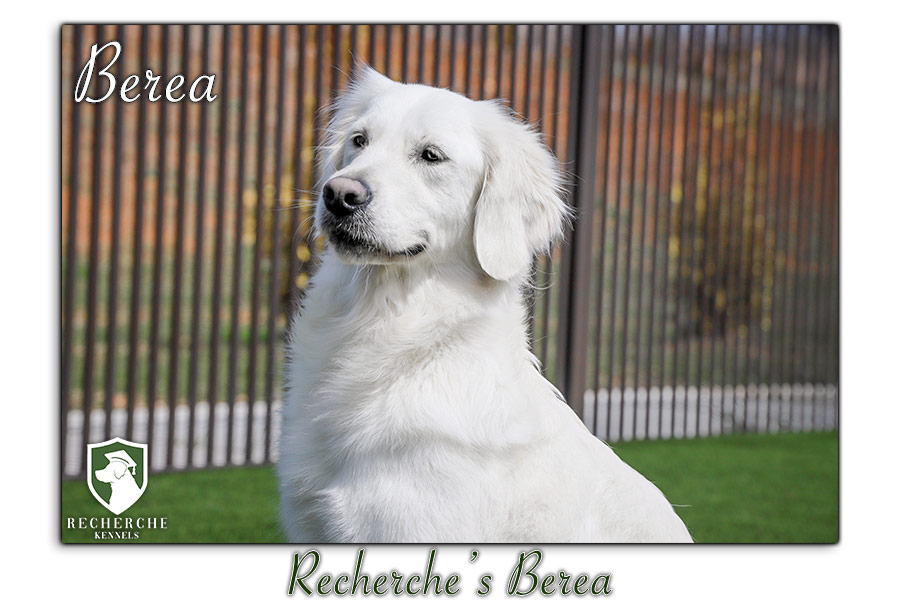 Berea is a very special girl. She is the first 2nd Generation Recherche pup that we have kept. Her mom was produced by us and kept by us (Arabella- from our Camry and International Champion Dutch.) Her dad was a stud dog we have used many times in the past named
Jack. We kept 3 sisters from the same litter (Berea, Bathsheba and Beth). All 3 girls passed their health clearances without any issues. That’s no surprise since they come from generations of health clearances and show champions. Berea scored in the top 4% of Golden Retrievers with her hip, elbow, eye and heart clearances.

Berea’s pedigree is very good, most likely contributing to her immense beauty. Her mother again is our Arabella and her father is Jack.  Between both parents you will see World Champions, several International Champions & European Champions. She also has several Dutch, German, Finnish, English, Irish, Luxembourgian, Hungarian, & Slovakian champions in her pedigree! To view her official pedigree just visit Arabella and Jack’s pages. You could also see her pedigree on K9 Data HERE.