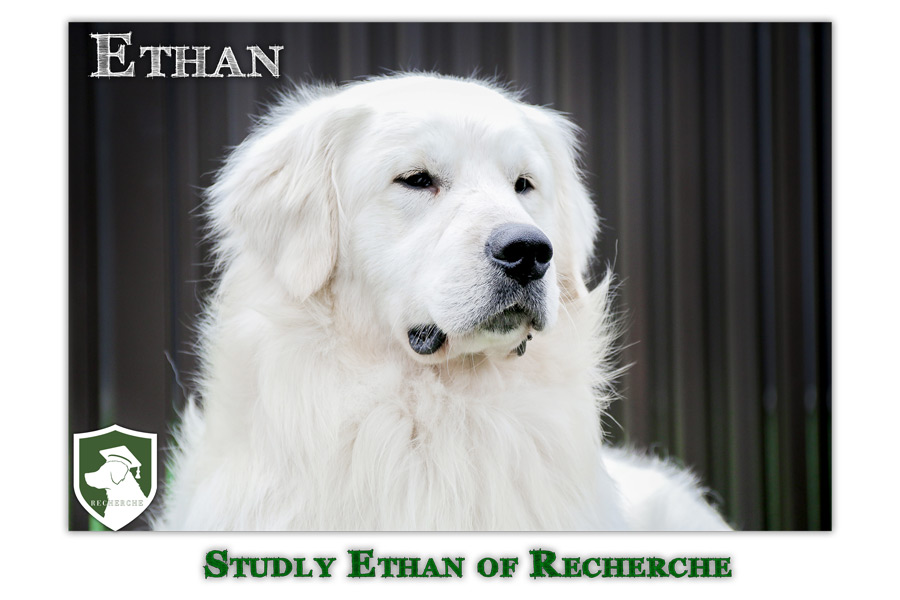 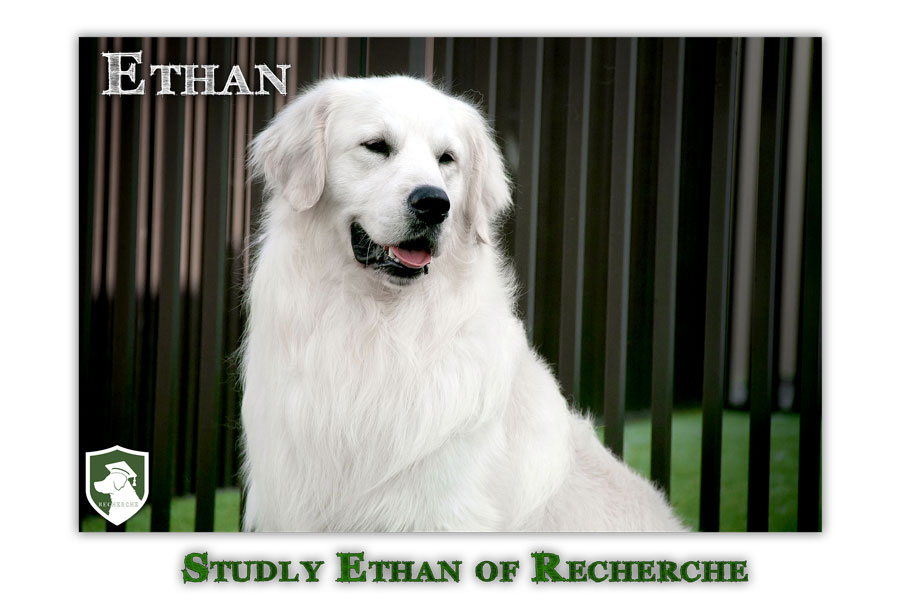 Ethan is the best and newest stud dog we have ever produced. We have waited a decade of breeding to produce the perfect English Golden to eventually replace Amos. We bred our best stud dog we ever owned (International Champion Amos) with the best dam we ever owned (International Champion Asha). There were 7 boys in the litter and we waited until they were almost 3 months old and selected the best boy in the litter. We chose the boy that was near perfect looking, incredible intelligence & very sweet. We were so blessed to be able to find that in Ethan. He grew up and rarely does a dog with such high expectations meet them. He is better looking than we expected. We believe he is the best looking stud dog…even better than his daddy! He has the tightest hips of any stud dog we ever owned with BVA 3:3 which is extremely tight (OFA equivalent “Excellent”). He is confident, super sweet and smart.

Ethan has his final BVA hip and elbow score (BVA 3:3). This is equivalent to an OFA “Excellent” hip rating (average Golden has a score of 9:9)! His elbows were rated 0:0 by the BVA which is the best score possible. He also has been checked by Carolina Tech’s Regional College of Veterinary Medicine by an ophthalmologist and a veterinarian and has been cleared with OFA for his heart and eyes.

There is no stud dog we have seen in the US that matches Ethan’s pedigree. It combines 2 world-class pedigrees of Amos & Asha. Below are the pedigrees of both parents. You will see from Amos that he has 8 World Champions (Standfast Angus winning 3 times), several International Champions & European Champions in his lineage. He also has several Dutch, German, Finnish, French, Polish, English, Irish, Luxembourgish, Spanish, Portuguese, Romanian, Norwegian, and Swedish Champions in his pedigree! A thorough review of Asha’s pedigree reveals 2 World Champions, several International Champions & European Champions in her line. She also has several Dutch, Swedish, Luxembourgian, French, Spanish, Norwegian, German, & Belgian champions in her close pedigree!

You may click on any of the names in the pedigree to see his/her official K9 pedigree. You can also see most of their official hip and eye scores. Click Here to see pictures of Ethan’s World Champion parents and grandparents.