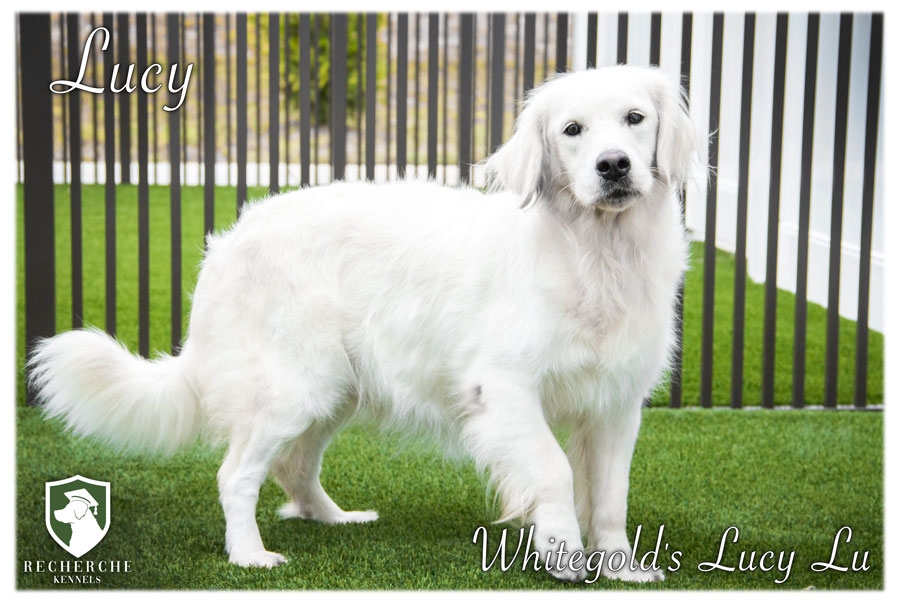 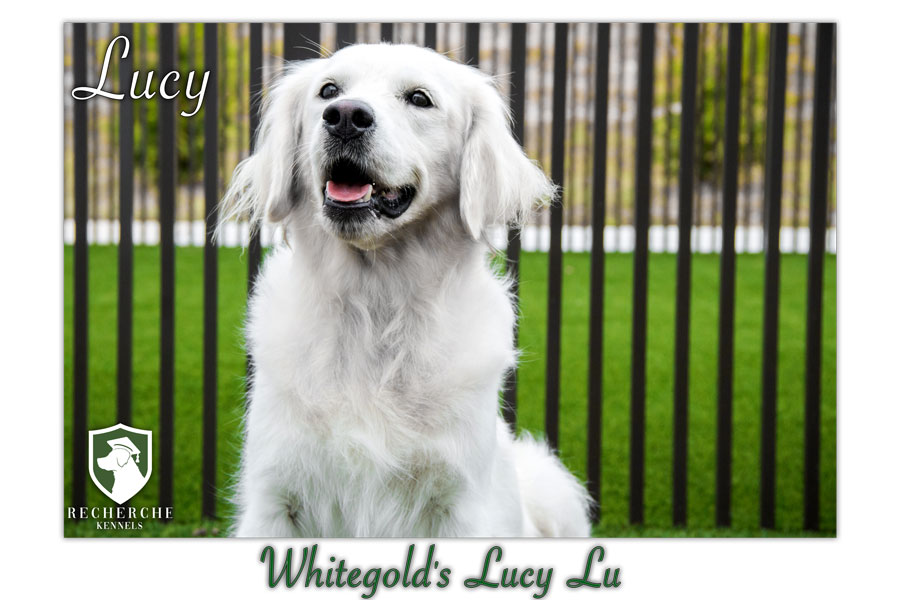 Lucy was produced by our good friend Carolyn Evans of WhiteGold Goldens. Her dad was National Champion Romeo & Lola. She was kept back as a breeding female because she was the best looking and sweetest of the girls. She has an incredibly blocky head and thick white coat. She’s passed all of her health tests and has generations of health clearances.  She’s an average size female weighing in around 60 lbs. In addition to her incredible looks she has all of her health clearances with hips, elbows, eyes and heart clearances.

Lucy personality is an absolute sweetheart. She’s very dependent, loving and sweet. Everyone that meets her loves her. She’s exceptionally cuddly and loving. She loves more than anything to cuddle and snuggle. She’s not high energy and slightly calm. She’s not lazy though. She’s absolutely beautiful with a stunning blocky head and light coat. She’s one of the best looking females we have ever had the blessings to breed!