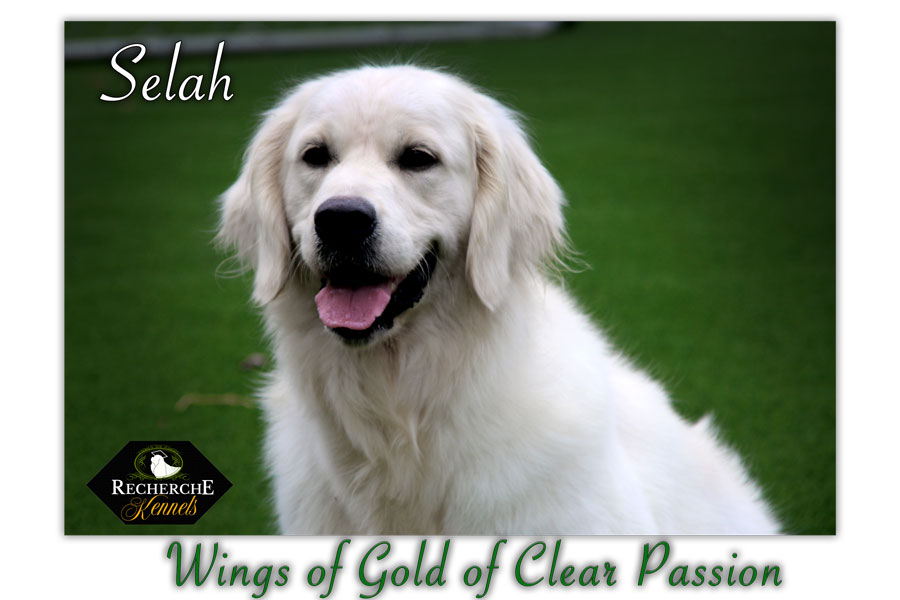 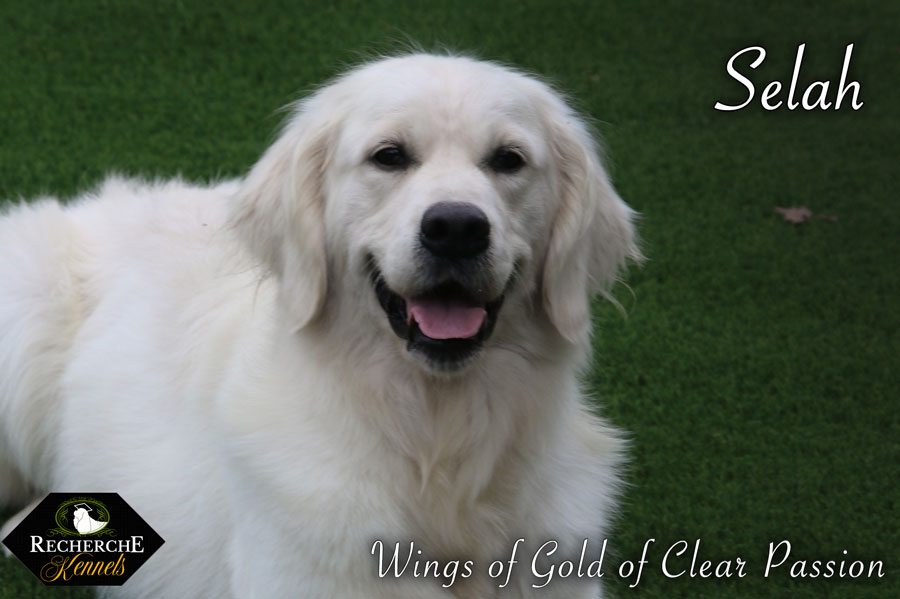 Selah is one of the newest members to the Recherche family. We imported her from one of the best breeders in all of Europe. Of all the new females we have recently received, Selah is one of our favorites. What makes her so unique is her looks. She has the blockiest head of any female we own right now. She is absolutely stunning. We are looking forward to producing pups that look like her for many years.

Selah’s personality is slightly calm, slightly dependent and very mature. She has always been very mature and has always acted older than her age. She’s not hyper. She’s not high energy. She’s very easy going and a dog that has been very easy to train. She loves to be with us but isn’t as needy as some of our dogs. She’s not miserable if she’s left by herself. She’s an average sized female at 65 lbs with a solid light cream coat and again the biggest and blockiest head of any female we own. She’s very solid.

Selah scores in the top 20% percentage of Golden Retrievers with BVA 5:6 (OFA equivalent “Good”) score. She also scored a perfect score with her elbows, eyes and heart clearances.

If you study Selah’s pedigree you will see that she has multiple World Champions, several International Champions & European Champions. She also has several Romanian, Serbian, Dutch, German, Luxembourg, English, French, Spanishand many more country champions in her close pedigree!

You may click on any of the names in Selah’s Pedigree to see his/her official K9 pedigree. You can also see most of their official hip and eye scores. Click HERE to see her official k9 pedigree.